To share your memory on the wall of Billy Dobbs, sign in using one of the following options:

Provide comfort for the family of Billy Dobbs with a meaningful gesture of sympathy.

We encourage you to share your most beloved memories of Billy here, so that the family and other loved ones can always see it. You can upload cherished photographs, or share your favorite stories, and can even comment on those shared by others.

Posted Dec 29, 2019 at 10:17am
I am just finding out that Bill has passed. I hate that it has been a long time since I have seen him. Since the passing of my grandmother, Daisy Harris Dobbs, his wife of many years. Life gets in the way of keeping in touch. I will always remember Bill always wanted us to go home with something out the garden before we left. So sorry for the families loss! Go tell Mema "hi" for us!
Comment Share
Share via:
HS

Flowers were purchased for the family of Billy Dobbs. Send Flowers

Posted Dec 23, 2019 at 09:44am
Paula,
I am so sorry for your loss. My prayers are with you and your family as you navigate through this Christmas season without him.
Becca Quinn
Comment Share
Share via:
DF

Posted Dec 23, 2019 at 06:39am
Carolyn and Family, You and your family is in our thoughts and prayers. Love yall, Bridget & David Daniel and Susan & Mitsuru Hayakawa 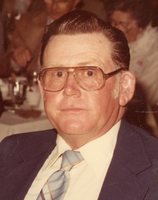 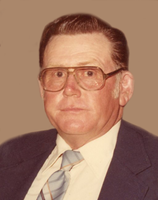