To share your memory on the wall of Wanda Utley, sign in using one of the following options:

Provide comfort for the family of Wanda Utley with a meaningful gesture of sympathy.

Mrs. Utley attended Plainview High School in Ardmore and Southwestern Assemblies of God University in Waxahachie, Texas and won several acting awards at both. She worked for Christus Trinity Clinic in Sulphur Springs, Texas for 35 years and felt her greatest accomplishment was becoming a Certified Medical Compliance Officer. She was a member of Paris First Assembly of God in Paris. She enjoyed bird watching, especially hummingbirds, and nature in general.

She is survived by her loving husband, Rickey Utley of Paris; son, Klo Utley of Austin, Texas; sisters, Robin Waters and her husband Marty of Ardmore, Oklahoma and Melissa Craddock and her husband, Wink of Aubrey, Texas.

Memorial contributions may be made to Pleasant Hills Children’s Home in Fairfield, Texas.
Read Less

We encourage you to share your most beloved memories of Wanda here, so that the family and other loved ones can always see it. You can upload cherished photographs, or share your favorite stories, and can even comment on those shared by others.

The Honorable Thieflings sent flowers to the family of Wanda Jean Utley (Jones).
Show you care by sending flowers

Posted Nov 07, 2019 at 02:49pm
Ricky, I just read about Wanda's passing in the Sulphur Springs newspaper. I am so sorry to hear this. Wish I had known soon enough to be at her memorial service. I have special memories of her from the clinic; she was a special lady.
Comment Share
Share via:
KS

Posted Nov 06, 2019 at 05:44am
Ricky and family just saw this I’m so sorry. Praying for y’all. She was a sweet lady. I remember going to church with y’all at first assembly of God Mount Vernon Texas. My prayers is with you.
Comment Share
Share via:
FV

Posted Nov 05, 2019 at 12:10pm
I worked with Wanda for several years and enjoyed our friendship she was a loving and caring woman and will be missed by many. Prayers for Rickey and the family .
Comment Share
Share via:
C

Posted Nov 05, 2019 at 11:08am
I loved this lady and her sweet family. She took care of my daughters a little while and got them to school when they were in elementary when I had surgery and was in the hospital for awhile. (This was about 38 years ago). Such a precious person. 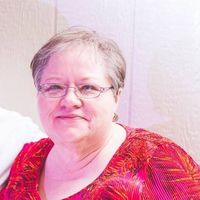