To share your memory on the wall of Shirley Miller, sign in using one of the following options:

Provide comfort for the family of Shirley Miller with a meaningful gesture of sympathy.

We encourage you to share your most beloved memories of Shirley Miller here, so that the family and other loved ones can always see it. You can upload cherished photographs, or share your favorite stories, and can even comment on those shared by others.

Pam, Logan & Emily Monnier, Uncle Leroy, David, Pam, and Our Families, and others have sent flowers to the family of Shirley Miller.
Show you care by sending flowers

Posted Mar 26, 2019 at 06:06am
Our heart goes out to you...The loss of a mother /grandmother forever changes you. Keeping you in our prayers and sending all our love to each of you

Uncle Leroy, David, Pam, and Our Families purchased the Gracious Lavender Basket for the family of Shirley Miller. Send Flowers

Posted Mar 24, 2019 at 12:53pm
My deepest condolences to the family. God is eager to provide help to those who grieve. (Psalms 34:15) May you draw comfort from his word the Bible during this difficult time.
Comment Share
Share via: 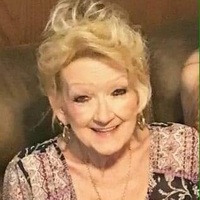