We're sorry but the candle you have selected is currenty in the process of being purchased or has just recently been purchased.

Please feel free to select another candle or check back in 15 minutes to see if the candle you have selected has been released for purchase.

We're sorry but there are no candles available for lighting.

You have already begun a candle purchase session. If you would like to continue with your current candle choice please click "Continue" otherwise please click "Select Another".

The lighting of a Memorial Candle not only provides a gesture of sympathy and support to the immediate family during their time of need but also provides the gift of extending the Book of Memories for future generations.

In the event that there is an error
in the information presented,
please contact the funeral
home by clicking here. 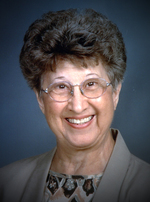 Mrs. Sybil Grace Lord, age 86 of Winnsboro, passed away peacefully on Tuesday, February 7, 2017 at the hospital in Winnsboro. Sybil was born on April 19, 1930 in Wood County to the late George Lindley and Lola F. Jones Lindley. She was a member of Smyrna Baptist Church, and worked for more than 25 years as a Medical Aid in the local nursing homes. She was preceded in death by her parents; her husband, Mr. Wayne C. Lord on November 1, 2005; a son, Tony Lord; brothers, Herschel Lindley, and Jerry Mack Lindley. She is survived by two sons, Rickey Lord and wife Vicki of Winnsboro, Rod Lord and wife Tish of Winnsboro; three grandchildren, Shelby Beaty, Lanee Swanner, Tina Sterling; five great-grandchildren, Canaan Swanner, Kinlee Swanner, Tripp Beaty, Kallyn Swanner, and Belle Beaty. The family will receive friends on Thursday, February 9, 2017 from 6:00 to 8:00 PM at Beaty Funeral Home of Winnsboro; funeral services will follow on Friday, February 10, 2017 at 11:00 AM at Beaty Funeral Home, Bro. David Hendricks officiating; interment will follow at Smyrna Cemetery, with Rickey Lord, Rod Lord, Darren Swanner, John-Brent Beaty, David Lindley, and Joe Lindley serving as pallbearers.

This Book of Memories brings those affected by loss together by encouraging communication and self-expression. By giving friends and family a special place to tell their stories and express their feelings of loss, it helps them care for one another during a very difficult time. Click on any of the links to the right to access features or information within this memorial website.